The final version of iOS 10 has been made available around the world beginning today. iOS 10 has 8 Beta versions before the final version was rolled out. Beta Testers received the Final Version update couple of hours after the Apple Event on Sept 9th.

In this post, you will to see/know big changes or new features coming with iOS 10.

Also Apple has added automatically Wake up when you lift the phone and you will see all the notifications.

Notifications are more interactive & rich in features then previous versions. Supported apps let you use 3D touch to interact & respond without opening the applications. For devices that don’t support 3D touch, these options can be seen on swiping left on the notification. If you prefer to use swipe options instead of 3D touch, you can do so by turning off 3D touch by navigating to Settings -> General -> Accessibility -> 3D Touch & toggle 3D touch to off. 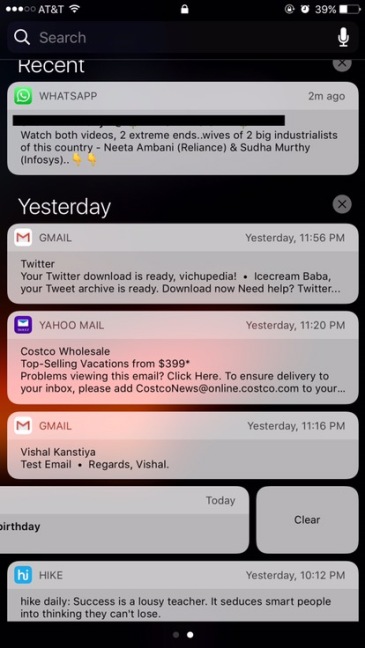 So how to unlock now? 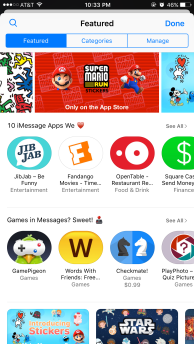 Now You can hide Stock Apps

Sick of seeing Apple’s stock apps that you never use?

Well now you can hide them just like the way you uninstall any other app. The difference is these stock apps will be hidden. They will still remain on the phone but Apple says they don’t take up much storage space.

Control Center is also re-designed. It now supports 3D touch on shortcuts at below. And on left swipe is Music control options.

Apple has also made some big changes the way Siri works. Siri has got many new features.

One of the biggest features is third party apps integrations. Using Siri you can send messages on apps like Facebook messenger and whatsapp, book a car on Uber, etc. More apps will soon be integrated with Siri.

Music app has too been re-designed & made simpler & organized then before.

And a new feature Bedtime is added. This feature allows you to set Sleep hours & track them. It does track & analyse your sleep pattern on Health app.